EDMONTON - Federal health officials would not confirm reports Thursday that an elderly woman who died in northern Alberta had swine flu.

Federal Health Minister Leona Aglukkaq's spokesman said it is up to Alberta officials to release information on people in their province.

Alberta Health Minister Ron Leipert was asked about the death on Thursday afternoon and said he has no information about it.

The CBC said it was not clear if swine flu was the cause of death or if the woman had underlying health conditions.

CTV reported she died in Edmonton.

A total of 44 people have died of the flu strain in Mexico and two in the U.S.

In total, there are 214 confirmed cases of H1N1 in Canada.

Saskatchewan joined the list of places with swine flu with health officials confirming Thursday the first positive cases in the province.

A teenage girl in the Saskatoon Health Region and a woman in her mid-20s from the Regina area have the H1N1 virus, said Dr. Moira McKinnon, provincial chief medical health officer.

"Both have mild illnesses, both had vacationed in Mexico and both are well now," said McKinnon. "They don't pose any risk to anyone else at this stage."

Neither the teen nor the woman required hospitalization.

The woman isolated herself, say officials with the Regina Qu'Appelle Health Region. Dr. Johnmark Opondo, the deputy medical health officer in Saskatoon, says the teenage girl "was not in school while she was symptomatic."

"I think if there was any exposure, it may have been very minimal or mild. However ... we will definitely be talking with the school and the school board," said Opondo.

"But we don't believe there was a lot of exposure in the school."

Opondo said a couple of the teen's family members did have flu symptoms, but "they've all recovered now so there isn't an indication for doing any more testing."

The teenager is expected to return to classes next week.

The Saskatchewan cases bring to 214 the number of confirmed cases of H1N1 in Canada.

Ontario confirmed seven new cases, bringing the total number of cases in the province to 56. Of those, 12 people acquired swine flu in Ontario and nine don't know where they might have caught it, said Dr. David Williams, Ontario's acting chief medical officer of health.

Nearly all of the cases in Canada have been mild.

Newfoundland and Labrador, as well as the three territories, haven't officially reported any cases.

The World Health Organization said Thursday that up to two billion people could be infected by swine flu if the current outbreak turns into a pandemic.

"The rate of testing has decreased, but we will see more cases," said McKinnon. 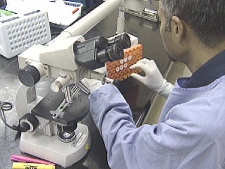