TORONTO - Children in low-income neighbourhoods who have inflammatory bowel disease are more likely to go under the knife for surgery than their counterparts in high-income areas, a new study finds.

It's a concern, says the lead author, because the goal in treating IBD is to avoid taking out a piece of bowel for as long as possible, and the way that's done is through medication.

"After 2000, the likelihood of a child of a lower-income family requiring surgery was about 79 per cent higher -- so almost double the rate of surgery in high-income children," said Dr. Eric Benchimol, a pediatric gastroenterologist at Children's Hospital of Eastern Ontario in Ottawa.

"And that was specifically after the year 2000. Before that there didn't seem to be as big a difference between low- and high-income families."

That's around the time that new, expensive medications for IBD arrived on the scene.

"It's possible that patients of lower-income families are having a more difficult time being able to afford these more expensive medications, or perhaps they're having problems getting prompt approval from, for example, government drug plans for these medications," said Benchimol.

Immunomodulators, depending on the particular medication, cost less than $1,000 a year, he said.

But he noted that new biological agents can be up to $2,000 to $3,000 per dose, and the infusions are required about once every eight weeks.

"In clinical trials they've shown to be extremely effective to get the disease under control," Benchimol said.

"Inflammatory bowel disease is a disease where you have flare-ups and then you have periods of remission, and our goal is to, when they're in a flare-up ... we want to put them back into remission."

About 25 per cent of cases of IBD are diagnosed before age 18. The chronic condition involves inflammation or severe irritation of the intestines, the stomach or the rest of the digestive system. It encompasses Crohn's disease, which can affect the full gastrointestinal tract, and ulcerative colitis, which only affects the colon.

Symptoms include abdominal pain, bloody diarrhea, problems with growth and the possibility of arthritis, Benchimol said.

The study conducted by researchers at the Institute for Clinical Evaluative Sciences and the Hospital for Sick Children was published Thursday in the Journal of Pediatrics.

In addition to the findings on surgery, the lower-income kids were 17 per cent more likely to be hospitalized, and they also visited the emergency department more frequently.

The authors said it appears children of all income levels had equal access to specialist physicians. But Benchimol noted there's a high psycho-social impact for IBD patients, and multi-disciplinary care from nurses, social workers and psychologists is often required.

"We want to look at whether hospitals need to be paying special attention to good outpatient care for these patients in order to avoid hospitalizations and surgeries," he said.

Dr. Kevin Glasgow, CEO of the Crohn's and Colitis Foundation of Canada, said it's good news that no differences between rich and poor turned up for access to specialists.

But he said more study is needed to understand what is going on with poor children having surgeries sooner.

"I would love to say definitively it has to do with differential drug access," he said.

Whatever the root causes are, he said the foundation believes they should be minimized if they have to do with barriers within the health-care system.

"Our goal is to actually make children live a completely normal life where they don't have any symptoms at all, where they can go to school normally, they can play, and play sports normally," he said.

The foundation said more than 200,000 Canadians are living with IBD, and 9,200 cases are diagnosed each year. Direct medical costs amount to an estimated $700 million a year, it said. 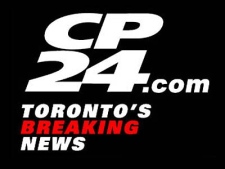