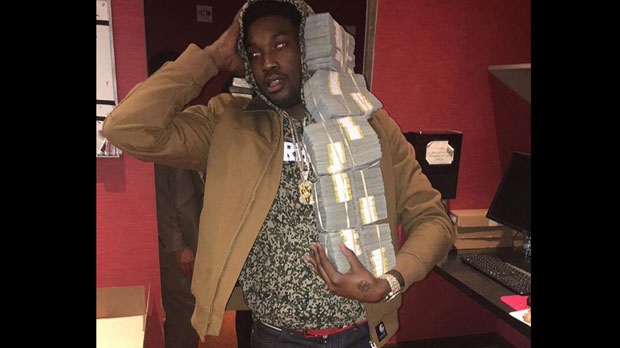 The feud between one of Toronto’s most popular councillors and a Philadelphia rapper was reignited over the weekend after Meek Mill called Norm Kelly an “old racist man” in a rambling message posted to Instagram over the weekend.

Kelly made headlines back in July when he tweeted at Meek Mill to inform him he was “no longer welcome in Toronto” after the rapper suggested that Toronto-native Drake doesn’t write his own lyrics.

The tweet in turn kick-started a bizarre feud between the 74-year-old city councillor and the American hip hop artist, with Mill calling Kelly “a thug” in a subsequent tweet and Kelly taking to the social media platform to poke fun at Mill’s music on a number of occasions since then.

Though Mill, whose real name is Robert Williams, had largely ignored Kelly’s ribbing in recent months his silence came to an end on Sunday when he posted a long rant to Instagram lashing out at 50 Cent, Drake and the Scarborough councillor.

“Norm Kelly hold up...... Young black dude that came from nothing vs old white racist man from Toronto.... I got more money than you already? You took the real ‘L’ in life champ!” Mill wrote, referencing the perception that he had lost to Drake in an exchange of diss tracks over the summer.

Following Mill’s post Kelly responded, first sending Mill a photo of himself thrusting forward a giant “L” and then tweeting a photo of Mill holding a giant stack of money and adding the caption “When your girl lets you take pics with her money.”

That tweet, an apparent reference to Meek Mill’s girlfriend rapper Nicki Minaj, has since been retweeted more than 116,000 times.

So far Meek Mill has not responded to Kelly’s latest insult.

When your girl lets you take pics with her money. pic.twitter.com/I0NNUAMg0l