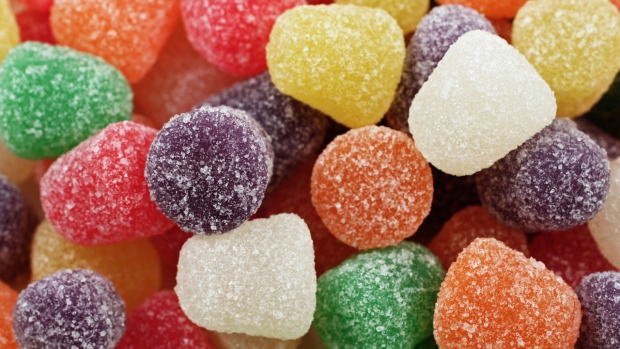 Prominent nutrition labels and taxes on sugary products can help consumers opt for healthier options, researchers said Wednesday -- a day after the federal government ruled out imposing a tax on sugary drinks.

The years-long study from researchers at the University of Waterloo looked at the buying behaviour of more than 3,500 people when it came to drinks and snacks.

It found that a 20 per cent tax on high-sugar products led to participants buying food and drinks with 20 per cent less sugar and 20 per cent fewer calories.

Meanwhile, participants who looked at products with nutrition labels on the front ended up buying items that had 20 per cent less sugar than those who didn't look at nutrition labels at all.

"Most of us are trying to eat healthier, most of us like to save money, these are ways to give people extra incentive to do that," said David Hammond, a public health professor and lead author of the study published this month in the International Journal of Behavioural Nutrition and Physical Activity.

The study comes as the federal health minister said on Tuesday that Ottawa would not place a tax on sugary drinks. Health Minister Ginette Petitpas Taylor said such a tax wasn't a priority and pointed to other measures the government has worked on, including an updated food guide.

She did say, however, that the government would focus on the issue of "front-of-pack labelling."

Health Canada is proposing mandatory labelling on the front of food and drinks, looking in particular at what's known as "high in" labelling -- as in "high in sugar," or "high in sodium," which would feature prominently on the product.

The ideas are part of the government's work to tackle a growing weight problem in the country. In 2017, 64 per cent of Canadian adults were overweight or obese, up from 49 per cent in 1979, according to data from the Public Health Agency of Canada.

Being overweight or obese is one of the top preventable risk factors for many chronic diseases including, Type 2 Diabetes, heart disease and some cancers, the agency said.

Hammond, who lamented the government's refusal to tax sugary drinks, said prominent labelling and taxes on such products are key measures that are needed.

"They don't solve obesity, but boy they have a pretty decent impact in terms of helping people to shift away from products that are less healthy," he said.

"Most consumers want to do that, but there's a lot of confusion about fruit drinks, and things like granola bars and yogurt, it makes it easier for Canadians to go, 'Ok, that one's a bit better for me, I'll go for that one."'

The researchers had a big poster with various products on it, displayed as they might look in a vending machine. Each participant, aged 13 or older, would be given $5 and told to pick a drink, for example. Participants would pick one, use the money and receive change. They'd keep the product and the change.

The posters would be set up in a variety of ways to figure out the shoppers' behaviour, Hammond said. On the control boards, for example, a regular Coca Cola would be the same price as a Diet Coke, as it is in the real world. In other instances, the Coca Cola would be priced 20 per cent higher than Diet Coke.

In the labelling tests, the researchers used various approaches found throughout the world, including the "high in" model used in Chile that Health Canada is examining.

Taxes and labelling have changed consumer and industry behaviour in both Chile and the United Kingdom, which taxes drinks based on its sugar content and has a voluntary labelling program, Hammond said.

"Research on labelling shows consumers do shift and it incentivises the industry," he said. "In both the U.K. and Chile the industry went and reduced sugar levels."