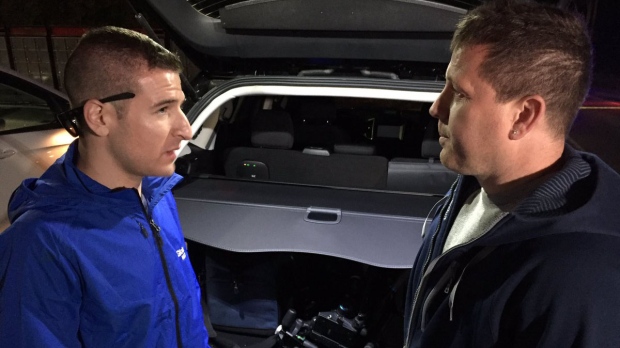 Two journalists responding to a pedestrian collision in Waterdown, Ont. on Tuesday evening were detained by Hamilton police.

“We are deeply concerned by the circumstances surrounding the arrest of a Global News journalists and another photographer in Hamilton today,” Corus Radio and Station Operations Head of Global News Troy Reeb said in a Tweet.

While Cohn wasn’t hurt in the incident and isn’t facing any charges, Reeb said he will be following up with Hamilton police.

Ritchie is charged with resisting and obstructing police. He has since been released from custody.

When asked about the reason for the pair’s arrest at the scene, Hamilton police Insp. Greg Huss declined to comment.

He said, “I’m not going to comment on that because the investigation into that matter is also continuing.”