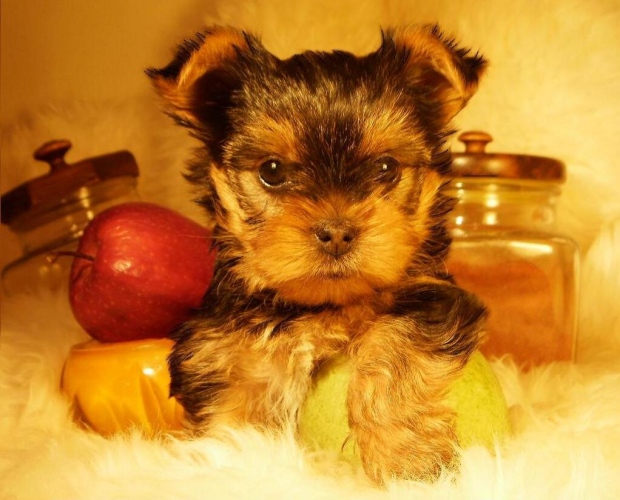 A Yorkshire terrier puppy stolen in Richmond Hill has been returned to its owner, and two men now faces charges in connection with the theft. (Twitter/@YRP)

RICHMOND HILL, Ont. -- Two Toronto men are facing charges in connection with the theft of a Yorkshire terrier puppy in Richmond Hill.

York Regional Police say the puppy was reported stolen on March 31 by its owner, who had posted an online ad to sell two Yorkie puppies.

Police say a man responded to the ad and arrangements were made for him to come to the owner's home in the community north of Toronto to see the puppies.

It's alleged that three males arrived to see the puppies and while the owner was showing them the dogs, one of the puppies was taken and the suspects fled.

Police say investigators were led to a Toronto residence on Saturday where the stolen puppy was found and the occupants of the home were arrested without incident.

The puppy was in good condition and has been returned to its owner.

David Seo and Kim Leegun, both 19, are charged with theft and possession of property obtained by crime, and are scheduled to appear in court April 30 in Newmarket.

Police say they are continuing to investigate and that the third male who came to the home was not believed to be involved in the theft.

Police advise people to use caution when placing or responding to online classified advertisements. Those making arrangements to meet with someone for such a transaction should bring a friend or relative along for added safety.