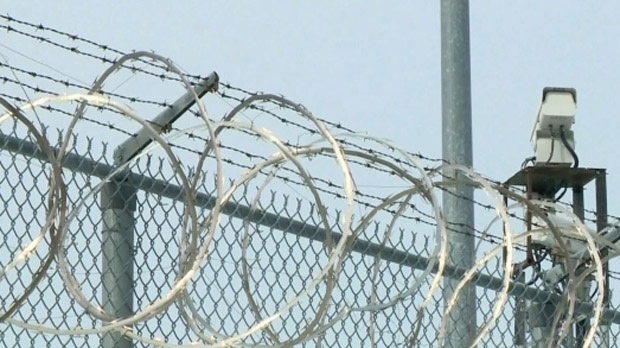 A prison is seen in this undated file photo.

More groups urged prisons to step up COVID-19 testing and sanitary measures to help prevent mass outbreaks among incarcerated populations, as well as to release some offenders immediately as case loads grew at several institutions.

Once COVID-19 enters a prison, “it spreads rapidly and then it can have really dire consequences,” said Emilie Coyle, executive director of the Canadian Association of Elizabeth Fry Societies.

Since April 7, the number of confirmed cases at Joliette Institution for Women in Joliette, Que., grew from 10 to 50, the association said in a statement released Saturday.

That means about 60 per cent of prisoners at the facility, about 75 kilometres north east of Montreal, are infected, the group said, as only 80 people are incarcerated there currently. The group, which advocates for federally incarcerated women, notes the number of cases could be higher due to test result delays.

Prisons are a place that can't contain the pandemic, said Coyle, as prisoners can't physically distance themselves from others, they receive poor health care and the facilities are not clean.

Other women's prisons are seeing cases too.

As of Friday, 170 inmates tested positive for COVID-19 at federal correctional institutions, according to Correctional Service Canada, out of 510 people tested. One person died and 14 have recovered.

The largest outbreak appears to be at B.C.'s Mission Medium Institution where the CSC website notes 60 positive tests. On Saturday, the province's health officer Dr. Bonnie Henry said up to 70 people, including 60 inmates, were impacted.

There are 66 correctional officers with COVID-19, according to a statement from the Union of Canadian Correctional Officers issued Saturday.

That includes 15 at Port-Cartier Institution, 34 at Joliette, four at Federal Training Center and two at Drummond Institution all in Quebec, as well as two at Ontario's Grand Valley Institution and nine at Mission Institution in B.C.

CAEFS is concerned Joliette is an example of what will happen at other institutions without immediate action.

At Joliette, what were once called segregation units are being used to isolate ill prisoners, the group said it has been told - a measure the group calls cruel, punishing, lacking humanity and ineffective at containing the spread.

Prisoners have also told the association that in most cases only symptomatic people are tested.

It also hears concerns from the inmates' families.

The group called for immediate action, including the safe release of as many people as possible. That group ought to include people more vulnerable to COVID-19, including those over 50 years old, pregnant, with compromised immune systems or other factors, she said.

The group's call was echoed by the Congress of Aboriginal Peoples, saying in a statement Friday that it has been appealing for action for over a month.

It has heard inmates describe prison conditions that include failing to follow social distancing protocols and lacking sanitary products, among other troubles.

The congress reiterated its “call for immediate steps to address overcrowding and unsanitary conditions in federal prisons, and to immediately release low-risk and non-violent offenders, those close to the end of sentences and those with serious chronic health conditions.”

Also Friday, a coalition of rights groups in B.C. called for immediate release of as many inmates as possible following the death of a Mission Institution prisoner this week.

Coyle remains hopeful about a possible release of prisoners.

“We can't give up hope that there will be a response to our call,” she said.

“I'm hopeful that people will see the people who are in prison as human beings.”

This report by The Canadian Press was first published April 18, 2020.