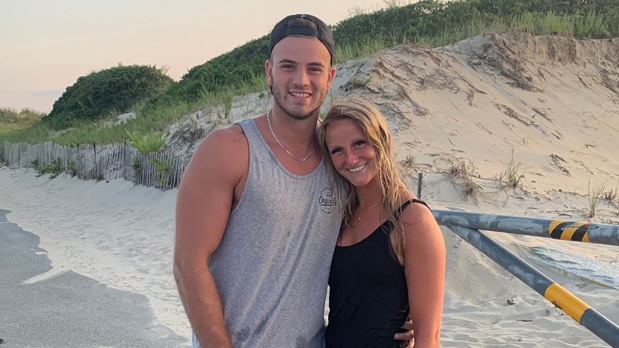 Gabriel Roy was vacationing from Sherbrooke, Que. with his girlfriend Kasandra Rodgers when police say he jumped into the water at a Massachusetts beach and rescued a drowning boy. (Westport Police Department)

A Canadian man is being hailed as a hero after saving an 8-year-old boy from drowning at a beach in Westport, Mass. last week.

Westport police said in a press release that on July 25 they received multiple calls around 7:45 p.m. at Horseneck Beach for reports of a possible drowning.

Witnesses told police that a boy was pulled underwater several times by a strong undertow.

Police said the boy was underwater for several minutes.

When emergency crews arrived, they learned that the boy had been rescued and brought to shore.

Police said Gabriel Roy, who was vacationing from Sherbrooke, Que. with his girlfriend Kasandra Rodgers, entered the water to save the boy.

Police said the boy, who never lost consciousness and was alert, was taken to Hasbro Children's Hospital to be checked over.