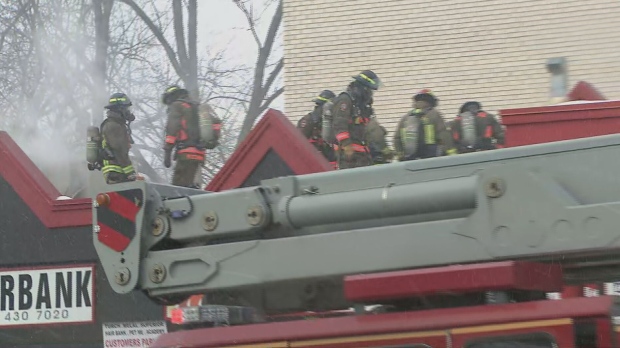 Fire crews work to knock down a blaze at a commercial building in North York Saturday afternoon.

Shortly after noon, fire crews responded to a fire at a building at Yonge Street and Connaught Avenue.

The commercial building contains at least a hair salon and pet store.

Smoke can be seen billowing from the roof. Five fire crews were on the roof trying to knock down the fire, Toronto fire said.

Holes had to be cut in the roof to tear it down and most of the ceiling has fallen into stores below, fire crews said. Power has been cut to the building.