Interaction between hypertension drug and antibiotic can lead to kidney injury 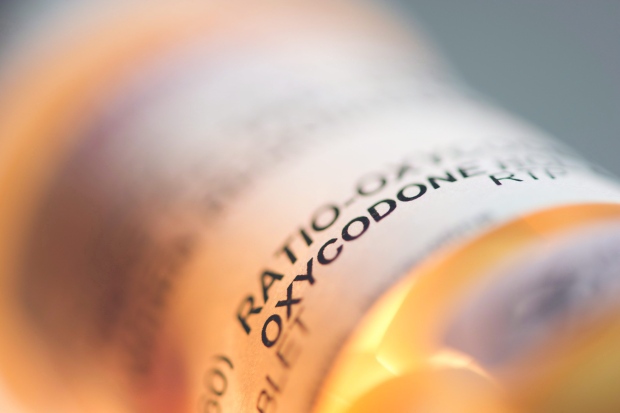 A prescription pill bottle is shown in this file photo. THE CANADIAN PRESS/Graeme Roy

TORONTO -- A new Canadian study suggests people taking a commonly used type of high blood pressure medication should not be prescribed a particular type of antibiotic.

The study suggests the combination can result in rare but serious kidney injuries.

And senior author Dr. Amit Garg says a study of Ontario's health records shows the combination has been prescribed nearly 100,000 times in the past decade, despite the fact that there are warnings against combining the drugs.

The antibiotic is called clarithromycin and the high blood pressure drugs are a class of medication called calcium channel blockers.

The authors compared rates of hospitalization for acute kidney injury, dangerously low blood pressure and death in people taking the combination to people on calcium channel blockers prescribed another antibiotic.

They found the risk of having one of those health outcomes within 30 days of starting the antibiotic was doubled in people taking the clarithromycin and calcium channel blocker combination.

"Although the absolute increases in the risks were small, these outcomes have important clinical implications," the authors say in the study, presented Saturday at the American Society of Nephrology Renal Week conference in Atlanta, Ga.

"Our results suggest that potentially hundreds of hospitalizations and deaths in our region may have been associated with this largely preventable drug-drug interaction. This burden on the health-care system, given the high costs of managing acute kidney injury, might have been avoided."

Garg says data from other parts of the world show this ill-advised combination of medications is also prescribed elsewhere.

He says the study provides high level evidence for health-care professionals and pharmacists that this combination should be avoided.

The researchers, from the London, Ont.-based Lawson Health Research Institute and the Institute for Clinical Evaluative Sciences in Toronto, published a study earlier this year showing that clarithromycin and another antibiotic, erythromycin, also interact in a similar manner with cholesterol-lowering statin drugs.