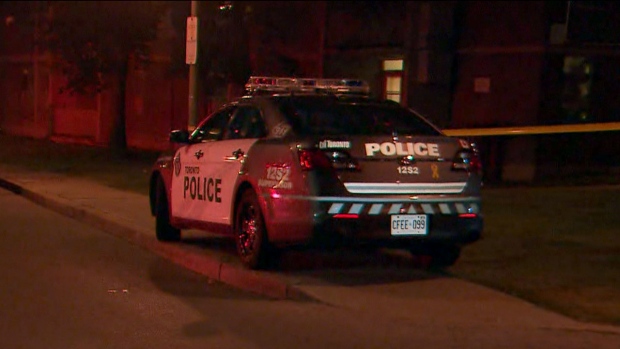 A North York shooting on Monday night has left a male victim with serious injuries.

Emergency crews were called to the area of Falstaff Avenue and Jane Street at around 10 p.m. for reports of shots fired near a park.

Upon arrival at the scene, officers said they located a male victim suffering from several gunshot wounds.

He was transported from the scene to a trauma centre by responding paramedics to be treated for his life-threatening injuries.

Police said a group of suspects may have fled the scene of the shooting in a dark SUV but provided no further details.

Roads have been blocked off nearby as an investigation into the matter is conducted.