Man, 24, dies in hospital after two-vehicle collision in Oshawa 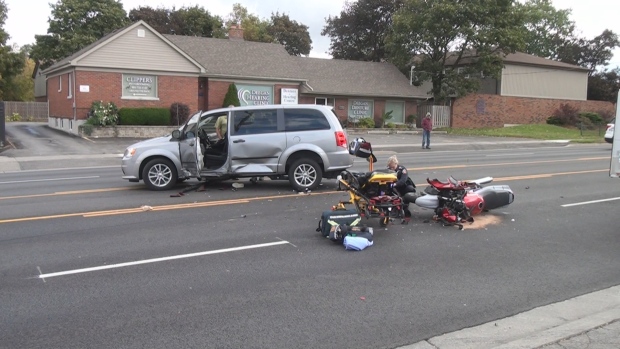 Durham police are investigating a collision involving a van and a motorcycle in Oshawa. (Colin Williamson)

A 24-year-old man who was critically injured after a two-vehicle collision in Oshawa on Saturday has died.

Emergency crews were called to the area of Simcoe Street North and Beatrice Street after 12:30 p.m. for reports of a crash involving a motorcycle and a van.

The male motorcyclist was taken to a local hospital with life-threatening injuries. He was later pronounced dead.

He has been identified as Justin Jones, of Oshawa.

Police said the driver of the van was not hurt and is cooperating with investigators.

Members of the Collision Investigation Unit attended the scene to conduct an investigation. The roads in the area were closed for several hours.