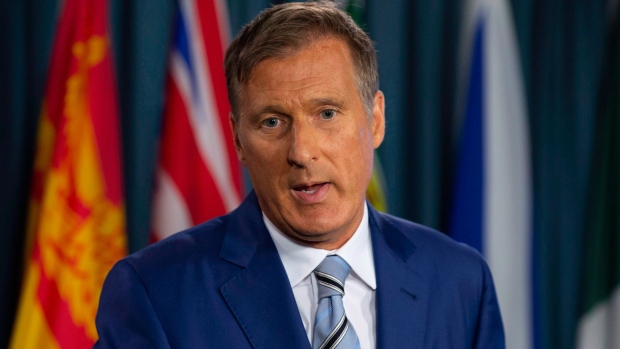 Maxime Bernier is shown in this file photo. THE CANADIAN PRESS/Adrian Wyld

Bernier says the name- which will be PPC for short - fits a party that represents people who are tired of Canadian politics being hijacked by special interest groups, cartels and lobbyists.

The maverick MP quit his party last month after spending much of the year butting heads with Conservative Leader Andrew Scheer over supply management and says the new party will be registered with Elections Canada over the next several weeks.

He says he has raised $140,000 thus far and that thousands of people have reached out to him to get involved.

Bernier says his party will have a candidate on the ballot in every federal riding by the election next fall.

Conservatives are livid at Bernier's power play arguing adding another party on the right side of the political spectrum will split the vote and allow the Liberals to easily win another majority government.