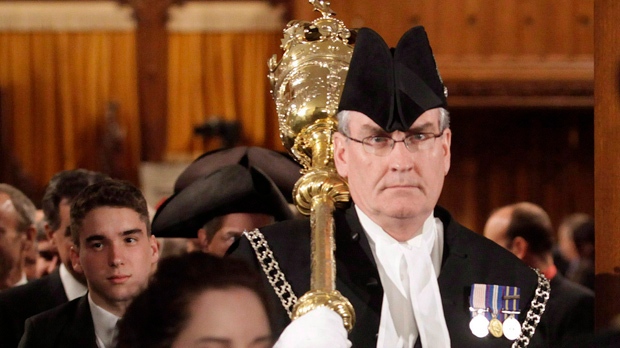 OTTAWA -- The man who is reported to have shot an assailant on Parliament Hill today is a former police officer with a background in providing security services for dignitaries, including members of the Royal Family.

Kevin Vickers became the sergeant-at-arms in the House of Commons eight years ago after a varied career in security.

He spent 29 years with the RCMP and rose to the rank of chief superintendent, often serving as the face of the national police force in New Brunswick.

The 58-year-old was appointed director of security operations for the House of Commons in June 2005.

He had previously worked as aide-de-camp for New Brunswick's lieutenant-governor.

The sergeant-at-arms is responsible for safeguarding the authority of the House of Commons, as well as the safety and security of the Parliament buildings.

As an RCMP officer, Vickers has been responsible for security services provided for the Queen and Prince Andrew.

On Twitter, MPs credited Vickers with saving their lives.