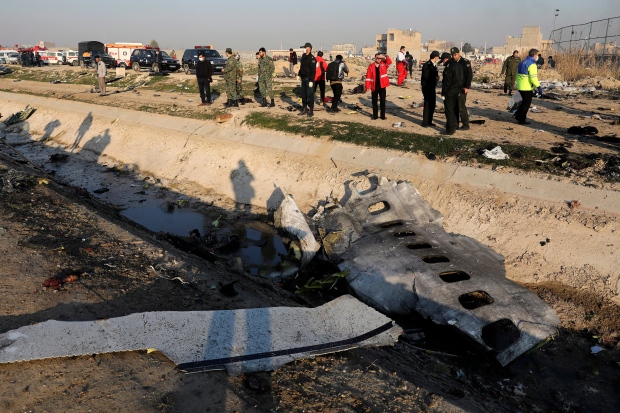 TORONTO - The federal government says it will contribute to a national campaign to help cover funeral costs for families affected by the deadly plane crash in Iran earlier this month.

The campaign, organized by Paramount Fine Foods founder Mohamad Fakih, aims to raise $1.5 million for those who lost loved ones when a Ukrainian passenger plane was shot down by the Iranian military.

Alghabra says the federal government will match all contributions up to the campaign goal.

All 176 people on board flight PS752 died during the crash just outside of Tehran, including 138 people who were bound for Canada.