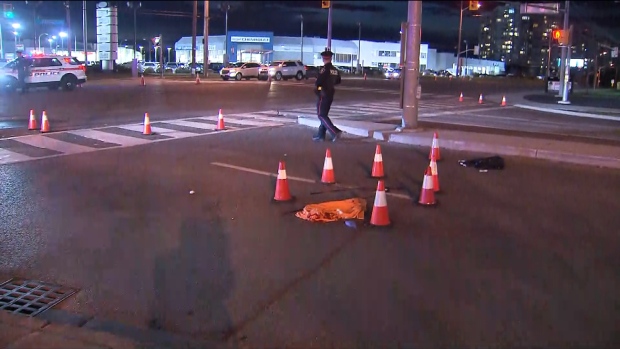 Two pedestrians were struck by a vehicle near Markham on Monday night.

Two pedestrians have been rushed to hospital after they were injured in a hit-and-run in York Region on Monday night.

The collision occurred in the area of Yonge Street and Grandview Avenue shortly after 8 p.m.

The vehicle involved did not remain at the scene.

Both victims, who are believed to be in their 40s, were taken to hospital for treatment.

Police have not released any information about the suspect vehicle.