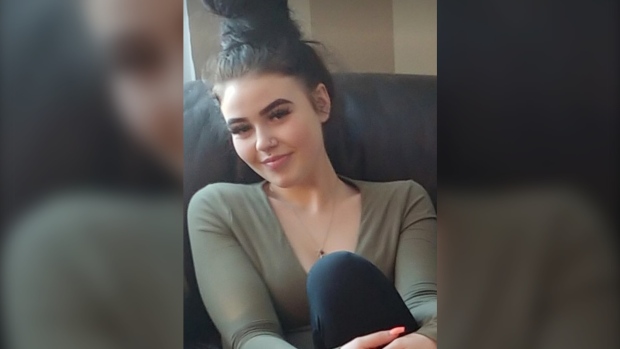 Myah Larmond, 17, is seen in this undated photo. (Hamilton Police)

Police in Hamilton say they have arrested a 21-year-old suspect in the shooting death of 17-year-old Myah Larmond on Wednesday, saying the evidence suggests an accidental firearm discharge is to blame.

Emergency crews were rushed to 16 St. Matthews Avenue around 4 a.m. on Wednesday for reports of a shooting.

A 17-year-old girl from Hamilton was found in the main living area of the home with life-threatening gunshot wounds.

She was transported to Hamilton General Hospital but succumbed to her injuries at 9:30 Wednesday morning.

Larmond was a student at a Catholic high school in the city, police said.

At 2:35 a.m. Thursday, police on patrol located a suspect near the scene of the shooting and arrested him.

Police have identified him as Davonte Skye-Davis.

He was charged with one count of manslaughter and appeared in court in Hamilton via video link on Thursday.

Investigators say the evidence they have collected suggests “carelessness and recklessness” led to the shooting.

“There is currently no evidence to suggest the victim was the intended target,” investigators said Thursday.

Police have not yet located a firearm and are asking people living in the area to search their properties in case it was dropped.

Police were called to an incident at 16 St. Matthews Avenue around 4 a.m. on Wednesday, July 15 for reports of a shooting.