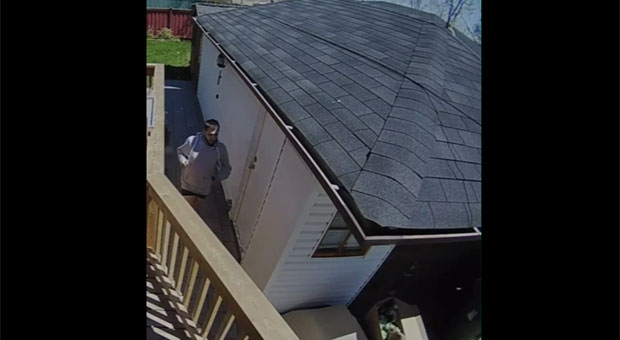 Police are searching for a suspect who allegedly fired a gun inside a business in Brampton. (PHOTO: Peel Regional Police)

Peel police have released video surveillance footage of a suspect who investigators say fired a gun into the ceiling of a business in Brampton.

On May 8 and around 11:30 a.m., police say a man fired a gun into the ceiling of a business in the area of Braydon Boulevard and Airport Road.

The man, investigators allege, proceeded to fire the weapon outside the business. The suspect was allegedly caught on video surveillance cameras fleeing the scene.

He has been described by police as a white male with facial hair who was seen wearing a hooded sweatshirt, grey pants, a scarf across his face, and gloves on his hands.

Investigators are asking anyone with information about the incident to contact Peel Regional Police or Peel Crime Stoppers.