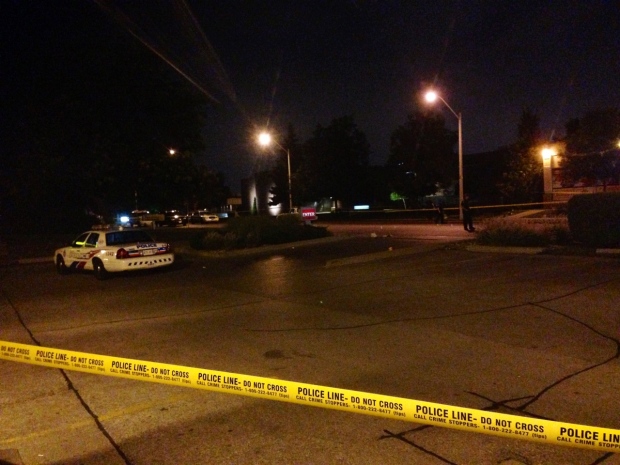 Police tape and a cruiser are seen in this photograph following a shooting in the Overlea Boulevard and Don Mills Road area on Monday, Aug. 12, 2013. (CP24/Cristina Tenaglia)

Two men who were wounded in a shooting in Toronto’s east end are now in stable condition after surgery, police say.

Police are looking for four suspects who fled the scene on Overlea Boulevard, near Thorncliffe Park Drive, after the shooting occurred Monday at about 8:30 p.m.

The incident may have started in a restaurant and then spilled outside.

Police are canvassing businesses for surveillance video to learn more about what happened.

The suspects are described as four black males who were wearing dark clothing.