So far 185,000 post-secondary students in Ontario have received free tuition 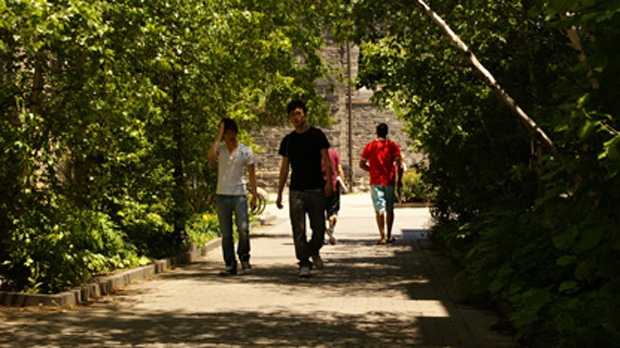 People walk along a treed path at the University of Toronto in this file photo. (CP24/Chris Kitching)

Advanced Education Minister Deb Matthews is announcing the figures later today, which equal more than a third of all full-time college and university students in Ontario.

First announced in last year's budget, the new Ontario Student Assistance Program that gives a combination of grants and loans took effect for this school year.

For example, a student going straight from high school to university whose parents make $70,000 could receive $7,300 in grants, which would cover the average cost of tuition, and $8,300 in repayable loans.

Matthews says a three-per-cent tuition increase cap is continuing, but these grants will ensure more people, especially those from lower income families, can pursue post-secondary education.

Officials define free tuition as the actual cost of a regular college diploma program or undergraduate arts or science university program, or average tuition in a high-cost program such as engineering.