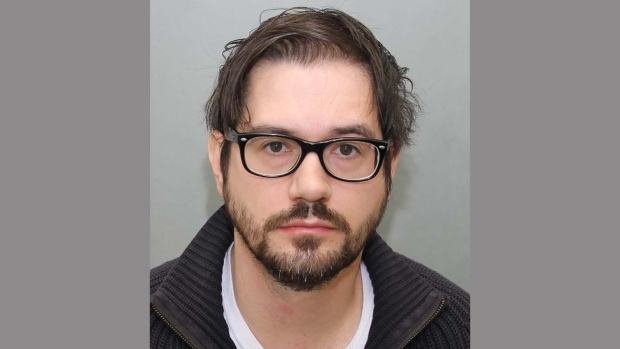 Toronto police say they have laid child luring and child pornography charges against a suspect after executing a search warrant in Etobicoke.

Police carried out a search warrant at an address in the area of Brown’s Line and Lakeshore Boulevard West several months ago on Aug. 22.

Police allege that a year earlier in August of 2018, a child was lured by a suspect on social media.

The suspect did not actually meet a child in person, police said.

The same suspect, according to police, accessed and possessed child sexual abuse material from the internet.

Police announced charges in their investigation on Monday.

He is scheduled to make a court appearance on Dec. 5.

Brian Drury is pictured in an image from his social media accounts. (Toronto police)

Brian Drury is pictured in an image from his social media accounts. (Toronto police)