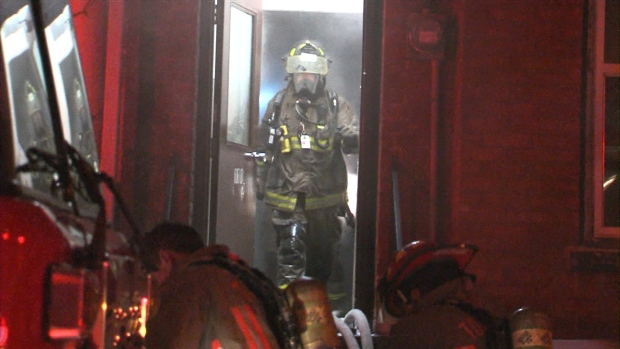 Firefighters attend a fire at a home on Aberdeen Avenue in Toronto early Friday, Jan. 3, 2014.

Firefighters had to battle more than flames when they were called to a house fire just east of Toronto's downtown core early Friday morning.

When crews got the call shortly before 5 a.m., the temperature outside was -23 C and the wind chill was -35.

Flames were shooting through the roof of the home on Aberdeen Avenue, between Ontario and Parliament streets, in Cabbagetown as firefighters tried to bring the two-alarm blaze under control.

Paramedics said a male patient was taken to hospital to be treated for smoke inhalation and burns and a second injured person was being treated at the scene.

A Toronto Fire Services spokesman said it appears the fire started in the basement and then spread through the house, which contains multiple apartment units.