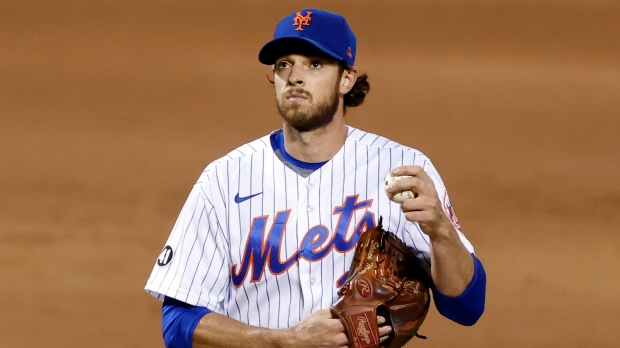 TORONTO - The Toronto Blue Jays have acquired left-handed pitcher Steven Matz in a trade with the New York Mets.

The Blue Jays announced the deal, that will see right-handed pitchers Yennsy Diaz, Sean Reid-Foley and Josh Winckowski head to the Mets, on Wednesday.

The 29-year-old Matz has spent his entire career with the Mets.

Matz made six starts and three relief appearances in a difficult 2020, posting a 9.68 ERA before spending the final month of the campaign on the injured list with left shoulder discomfort.

This report by The Canadian Press was first published January 27, 2021.