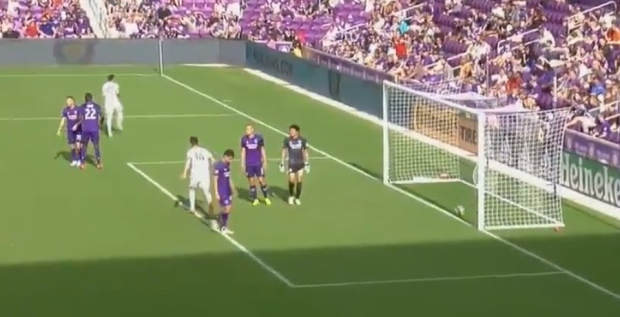 Jonathan Osorio (top left) celebrates after scoring Toronto FC's first goal in a 2-0 win over Orlando on May 4, 2019. (TSN)

Osorio gave Toronto (5-2-1) the lead in the 65th minute, dribbling past Lamine Sane and cutting back to evade Oriol Rosell before curling home a right-footer into the side netting.

Chapman made it 2-0 in the 77th minute, bringing down Alejandro Pozuelo's pass with an outstretched leg and finishing between goalkeeper Brian Rowe's legs from a narrow angle.

Quentin Westberg had two saves for his first MLS shutout.