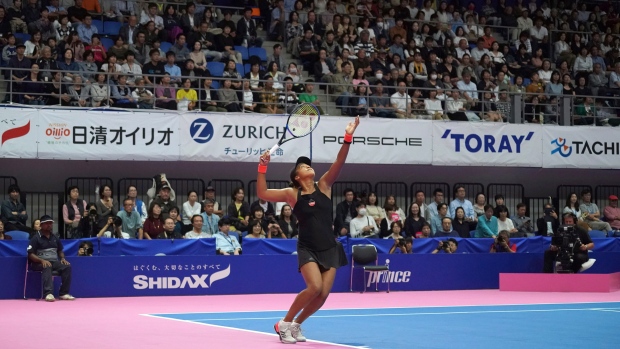 Naomi Osaka of Japan serves a ball against Barbora Strycova of the Czech Republic during the quarterfinal match of the Pan Pacific Open women's tennis tournament in Tokyo Friday, Sept. 21, 2018. (AP Photo/Eugene Hoshiko)

The third-seeded Osaka converted all three of her break points and won 80 per cent of points on her first serve. She will next face either Camila Giorgi or Victoria Azarenka.