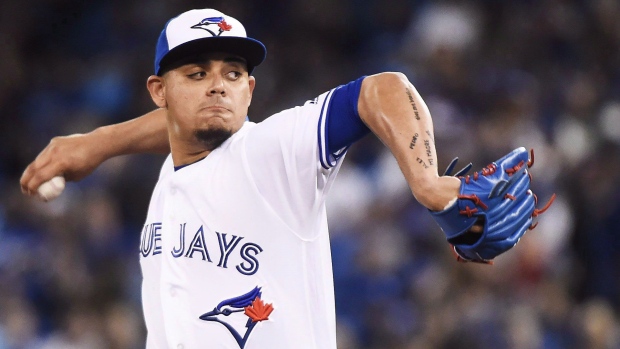 TORONTO - Former Blue Jays pitcher Roberto Osuna's assault case has been put over to next week, the same day his new team is in Toronto for a game.

The 23-year-old was charged in May with assault in an alleged domestic incident.

Major League Baseball suspended Osuna without pay for 75 games for violating its domestic violence policy and he was later dealt to the Houston Astros.

Osuna's lawyer has said his client is remorseful over the incident but plans to plead not guilty if it goes to trial.

The lawyer has also said he was hoping for a peace bond that could lead to withdrawal of the assault charge.

The case is scheduled to return to court on Sept. 25.