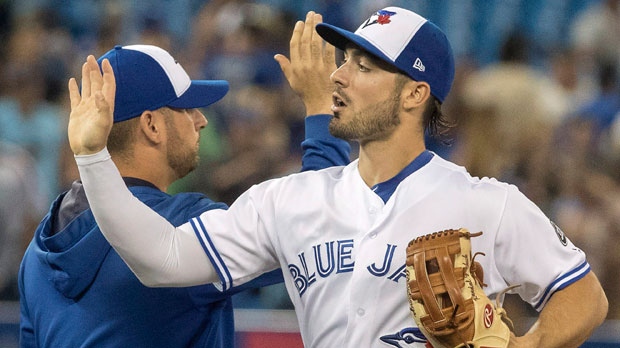 TORONTO - Randal Grichuk drove in three runs including a two-run homer as the Toronto Blue Jays defeated the Boston Red Sox 8-5 on Thursday.

Teoscar Hernandez also had a homer for the Blue Jays (52-62) and Justin Smoak drove in a pair of runs.

Mookie Betts hit for the cycle for the Red Sox (81-34), who lost for the first time in August. Betts hit a single in the first inning, a triple in the second, a double in the fourth and a home run in the ninth.