'Fall On Your Knees' play should make you forget there's a book: Ann-Marie MacDonald 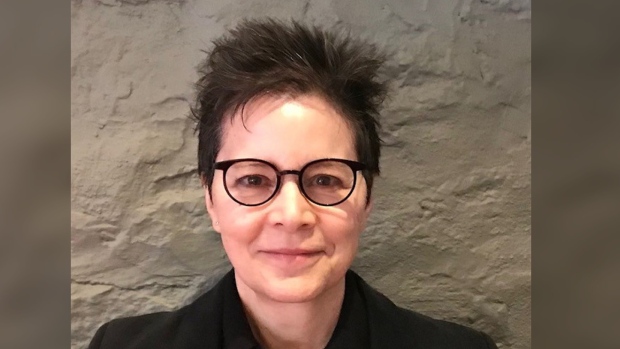 Ann-Marie MacDonald poses in this undated handout photo. It's taken a decade to wrestle Ann-Marie MacDonald's sprawling historical novel "Fall On Your Knees" into a theatrical production and now that its tortured Cape Breton characters are being reborn on the stage, she says she hopes the ambitious two-part, six-hour, music-driven show eclipses the source material entirely. MacDonald credits the play's director, Alisa Palmer, to whom she's married, with driving the page-to-stage transformation. THE CANADIAN PRESS/HO

It's taken a decade to wrestle Ann-Marie MacDonald's sweeping historical novel "Fall On Your Knees" into a theatrical production and now that its tortured Cape Breton characters are being reborn on the stage, so, too, comes their demise on the page.

"What I'm really hoping for, and what I anticipate, is that for many people this show will just make them forget that there's a book," she says as the world premiere approaches Thursday in Toronto.

"That'll be success. And that people who never read the book will come to the show and go, 'What? There's a book?'"

The saga explores the dark secrets of four sisters and their haunted and broken family, a multi-generational maelstrom that begins when 13-year-old Materia, the daughter of wealthy Lebanese immigrant parents, elopes with a piano tuner, James. They soon welcome the first of several daughters, and James takes an unusual interest in the girl.

MacDonald says the word "adaptation" doesn't quite capture the reinvention required to realize the tale anew.

The Montreal-based playwright and author says she will measure the play's success by how well it transcends the 1996 tome, winner of the 1997 Commonwealth Writers Prize for best first book and an Oprah's Book Club pick in 2002.

"A piece of prose fiction has to die to literature in order to be reborn into theatre, as theatre. And that's very different from saying, 'Hey, let's just do the same thing but put it on stage,'" says MacDonald.

"No, you actually have to commit to this feat of alchemy in which it literally does die to the book and is reborn to the play. And that's exciting."

Currently in previews, "Fall On Your Knees" runs in Toronto to Feb. 4 and then heads to Halifax, London, Ont., and Ottawa.

The massive undertaking is a shared endeavour among the National Arts Centre, Vita Brevis Arts, Canadian Stage, Neptune Theatre and the Grand Theatre.

MacDonald credits the play's director, Alisa Palmer, to whom she's married, with being the driving force behind the page-to-stage transformation, noting it took years of persistence to realize what otherwise might seem like a natural inevitability.

After all, MacDonald first envisioned "Fall On Your Knees" as her third play until her voluminous stage directions blossomed into prose.

But when presented with a second chance to put the dark secrets of the dysfunctional Piper clan into a play, MacDonald says she was unwilling "to go back to that psychic and creative terrain." Instead, she serves as consultant to the play's co-creators – Palmer and Hannah Moscovitch, who wrote the script.

While the story should remain familiar to those who know the book, Moscovitch says much of the challenge lay in condensing the epic chronicle, which takes readers to the horrific trenches of the First World War and the early jazz clubs of Harlem, New York. The script went through several iterations before it settled into a two-part production, meaning audiences must book two separate shows in order to see the complete story.

"The novel is massive, there's a huge amount of plot. And even at six-and-a-half hours, we had to jettison big, big chunks of plot," says Moscovitch, winner of 2021's Governor General's literary award for drama.

Thankfully, theatre as a medium is especially adept at showcasing interpersonal conflict – something the novel has in spades.

"The book is predicated on endless interpersonal conflict…. You have this shining buffet of extraordinary characters that Ann-Marie created, and they all talk and getting them to all talk to each other is a great pleasure," says the Ottawa-raised Moscovitch, now based in Los Angeles.

"Some of what is harder to do in theatre is epic landscapes and epic battles. Some of that will happen in a more theatrical way in the show, and through music."

Palmer describes "Fall On Your Knees" as "a play driven by music" – there's a four-piece band and actors sing and play piano throughout the show, since several members of the Piper family in addition to the piano tuner father are musically inclined: the mother is a gifted piano player, one daughter performs in a speakeasy, while another is an opera prodigy.

"There's already music redolent and running through the novel and we have captured that in the play," says Palmer.

"All the music that you read in the book, we have it weaving through the whole story. And also, the different cultures are in the book – they are embodied in food and music."

MacDonald wonders how the story's themes of trauma, classism, family and love may resonate differently with an audience sharing the experience collectively instead of as a solitary reader. She says many of its themes – which also include domestic abuse, racism and queer identity – seem more urgent than ever.

"When I was writing this, I would have thought that the world would be better by now in that way. Or that there'd be fewer crimes like that. Well, how naive of me," she says.

"I started writing it when I was 28, 29 — and finished it around my mid-30s. And I remember that period of my life. I actually get a little bit choked up thinking about that now … and I'm filled with a whole lot of compassion for that young person, that younger self."