If courts approve, justice minister will have final say on Huawei CEO's extradition 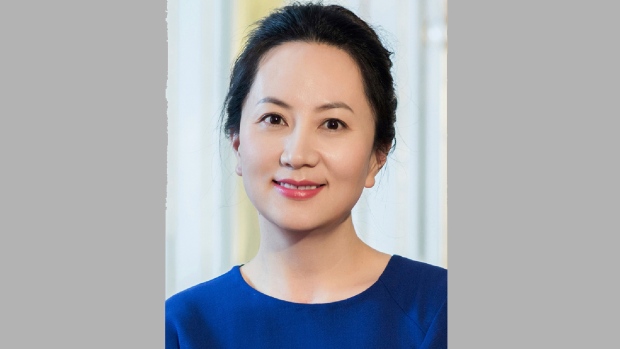 In this undated photo released by Huawei, Huawei's chief financial officer Meng Wanzhou is seen in a portrait photo. (Huawei via AP)

OTTAWA -- Canada's justice minister will have the final say on whether to send a Chinese business executive to face fraud charges in the United States, she said Wednesday, which could make Canada's spot between two economic superpowers even more difficult.

Canada has maintained that the rule of law is separate from politics, that the case against Meng will be judged fairly and independently. But if a court says someone should be extradited to faces charges in another country, the ultimate decision is up to a politician.

Justice Minister Jody Wilson-Raybould said Wednesday that she takes her “extradition responsibilities and obligations very seriously,” and if Canada's courts approve Meng's extradition, “then as the minister of justice, I will ultimately have to decide on the issue of surrender of the person sought for extradition.”

Therefore, Wilson-Raybould said in a statement, she wouldn't say any more because that “would risk undermining both the independence of the court proceedings and the proper functioning of Canada's extradition process.”

“In order to safeguard due process and to respect the independence of the courts, it is essential that the Crown's position in this matter, as in all court proceedings, be presented in the courtroom where it can be properly considered,” she said.

But Trump complicated that position - one his own ambassador to Canada also advocated on Tuesday morning - when he told Reuters Tuesday evening he would “certainly intervene if I thought it was necessary” in Meng's case, if it would help him forge a trade deal with China.

China's state-run media was already ridiculing Canada's assertion that Meng would be dealt with fairly and transparently by an independent judiciary, the same view U.S. Ambassador Kelly Craft put forward.

“I think we're lonelier than we've been in a long, long time,” said David Mulroney, who served former Conservative prime minister Stephen Harper as his first foreign-policy adviser and later as ambassador to China. “(Trump) gave credibility to an outrageous Chinese accusation - that the RCMP basically works as an extension of the U.S. government to capture a hostage who can be used in their trade negotiations.”

Roland Paris, who was Prime Minister Justin Trudeau's first foreign-policy adviser, said Canada has for decades enjoyed the luxury of operating in “a very comfortable international context” but not any more.

“Now, a lot of the assumptions that have guided our foreign policy are in question, including whether the United States has our back,” said Paris, a University of Ottawa international-affairs professor.

Mulroney and Paris agree Canada has only one choice: stay true to its adherence to the rule of law and hope that Trump's involvement can somehow be treated as one more impromptu comment by an unpredictable president.

Both point to the fact that just hours before Trump sounded off, Craft was extolling the same separation of the law and politics as the Trudeau government.

“Trump's statements are as disconnected from the workings of the U.S. government as they are from reality,” said Mulroney. “We're dealing with highly professional U.S. officials who are as committed to the rule of law as we are.”

But Secretary of State Mike Pompeo appeared to double down on Trump's line on Wednesday in a televised interview with Fox and Friends.

“We always have to balance American interests. Any time there's a law enforcement engagement, we need to make sure we take foreign-policy ... considerations into effect,” said Pompeo. “It's totally appropriate to do so. The president's mission is very clear. It's America First, right?”

Paul Evans, a China expert at the University of British Columbia, says the Chinese are listening and taking note.

“From a realist Chinese perspective, the Trump comment and the followup from Pompeo signal that law and politics are not separable, something they know in their bones,” said Evans. “Here in Canada, abiding by the rule of law is a way of detaching the government from taking a position on a US-China conflict that they desperately want to duck. In this case we are neither hypocritical nor naive.”

Trudeau reaffirmed Canada's commitment to the rule of law again on Wednesday, “regardless of what goes on in other countries.”

The prime minister simply has no alternative, despite the current hard realities, said Mulroney. “The alternative is we're completely at the mercy of larger powers, who basically enforce our own laws on our territory.”

Canada simply can't abandon its reliance on the rules-based international order, no matter how hard that becomes because of rising authoritarianism, and the fact “the U.S. is a less reliable partner,” said Paris.

“Canada has limited leverage in this emerging great-power struggle,” he said. “But we also have an interest in co-operation in maintaining co-operation with China where it's mutually beneficial. Striking that balance will be increasingly difficult if the United States adopts a with-us-or-against-us attitude on China.”

Jody Wilson-Raybould, Minister of Justice and Attorney General of Canada, makes an announcement regarding funding for seven projects that will help advance gender equality in B.C during a press conference in Vancouver, B.C., on Friday September, 2017. THE CANADIAN PRESS/Ben Nelms