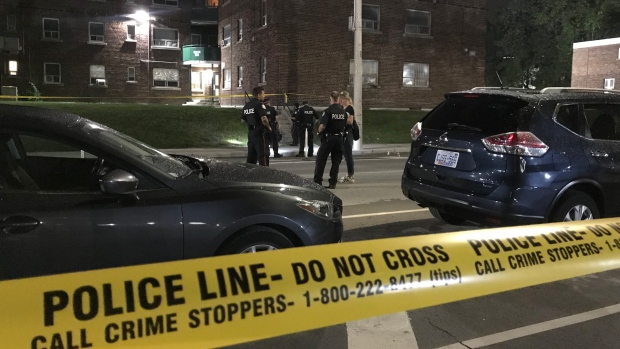 It happened in the area of River and Dundas streets at around 11 p.m.

Officers responded and found shell casings at the scene.

A man was spotted running away from the scene, police said.