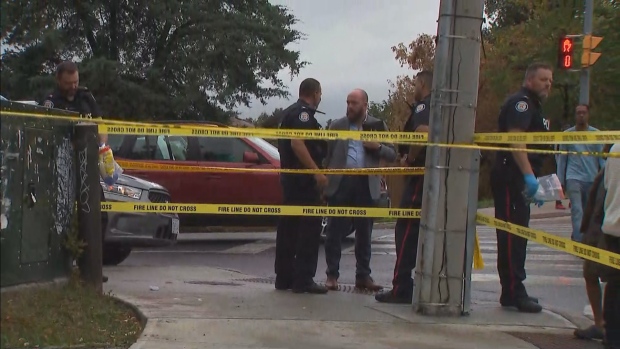 Toronto police are investigating a stabbing near Jane and Wilson that left a woman seriously injured. (CP24)

One person has been taken into custody after a woman in her 30s was stabbed in North York, Toronto police say.

It happened in the area of Jane Street and Wilson Avenue just before 5:30 p.m.

Officers were in the area for another call when the woman approached and told them that she got stabbed.

Toronto paramedics have rushed the victim to a hospital via emergency run in serious but non-life-threatening condition.