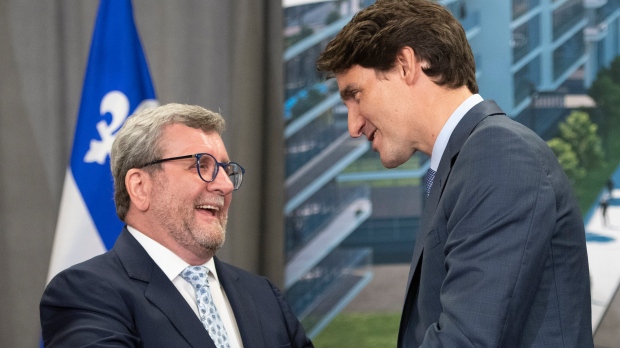 QUEBEC -- The federal government has announced it will invest up to $1.2 billion on an expanded public transit network for Quebec City, including a 23-kilometre tramway line.

Prime Minister Justin Trudeau took part in the joint announcement with the province and the municipality today in the provincial capital.

Trudeau said in a statement that the new network, expected to be built by 2026, will make it easier for residents to get around and will make Quebec City greener.