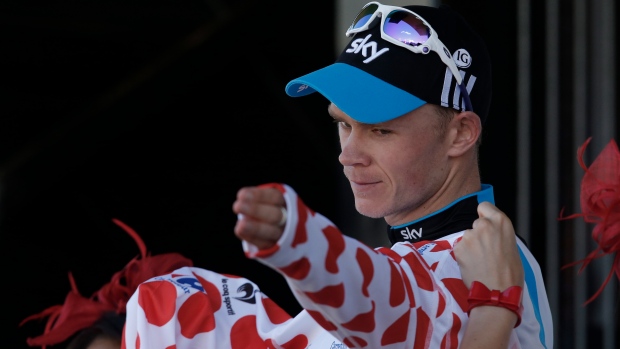 PARIS -- Chris Froome remained hospitalized in France on Thursday after the high-speed crash that left him with multiple fractures and shattered his hopes of going for a record-equaling fifth Tour de France title next month.

The Dauphine is a traditional warmup race for the Tour de France.

Froome broke his right femur, elbow and several ribs. He was in intensive care and underwent surgery for several hours.

His Ineos Team, which already said the crash ruled him out of the Tour, is expected to give an update on his condition later Thursday.

Team principal Dave Brailsford told the BBC Froome was on a descent with teammate Wout Poels when he went to blow his nose and a gust of wind took out his front wheel, he lost control, and he hit the wall of a house.