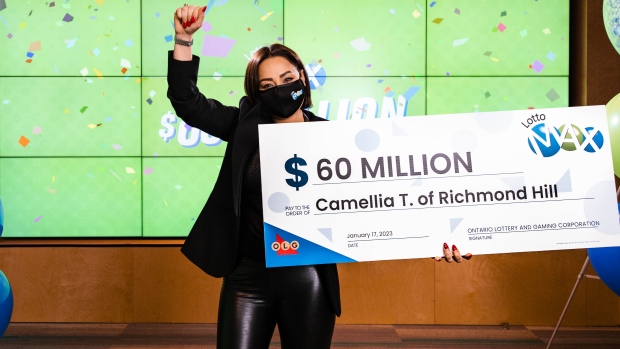 A Richmond Hill woman said she was left so speechless after learning she had won a $60-million Lotto Max jackpot, she couldn't even tell her mother the good news during their 30-minute drive home.

The OLG said Talachi found out she was the winner of the Nov. 29 jackpot after checking her ticket nearly two months after the draw.

Talachi said she stopped by a gas station on Monday and checked her ticket while her mother waited in the car.

“I saw my life pass before my eyes as I stood there in shock. I kept thinking, ‘Is this real?’ I couldn’t concentrate and started to shake,” Talachi said in a statement. “The clerk, who was very excited for me, helped calm me down so I could go back to my car without worrying my mom that something was wrong.”

Talachi said she drove home for 30 minutes without telling her mother the life-changing news.

“I was quiet. I was not talking, I was listening and concentrating on how I could tell my family that I have $60 million,” she said.

When she got home, she said a quick prayer and broke the news to her family. 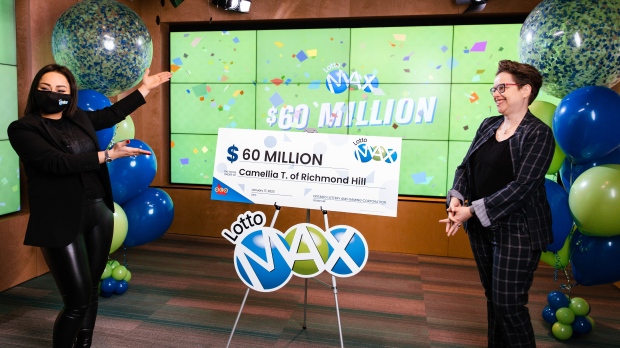 “I think I was on my tippy toes just shouting, like screaming, ‘I am the big winner in Richmond Hill,’” she said. “My family was happy. They were all cheering and hugging each other.”

Talachi said she wants to travel the world with her winnings while sharing some with her family and also creating jobs as an entrepreneur.

“I had my normal life until Friday night,” Talachi said. “I cannot describe how I feel, but it's one of those experiences that, I think, I could have never imagined before,” she said.

“My whole life journey passes in front of my eyes.”

Tuesday’s Lotto Max winning ticket is also worth $60 million dollars – and was also sold in Richmond Hill. The person who purchased that ticket has not yet claimed their prize.

OLG spokesperson Tony Bitonti said it’s rare for two tickets of such high value to be sold in the same community.

“I live in a world of odds and chance and anything can happen, and sometimes it does,” Bitonti told CTV News Toronto Wednesday.