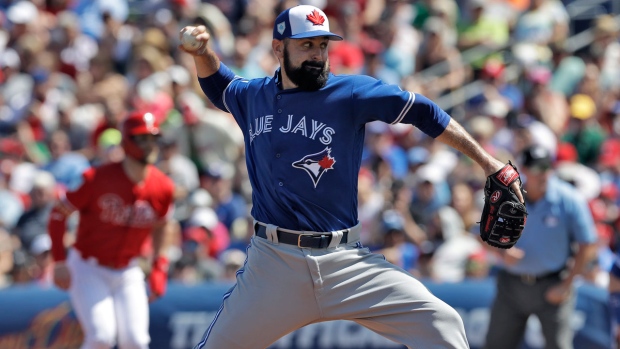 Shoemaker gave up one earned run on four hits and struck out three, while surrendering just one walk.

The run against Shoemaker came in the top of the fourth inning, when a Miguel Andujar groundout scored Gleyber Torres.

Eric Sogard tied it in the bottom of the seventh with an RBI single that scored Kacy Clemens.

Luis Cessa continued his strong spring for New York (9-6), giving up no runs on two his while striking out three and walking one over four innings.

Toronto's next spring training game is Friday afternoon against Philadelphia.