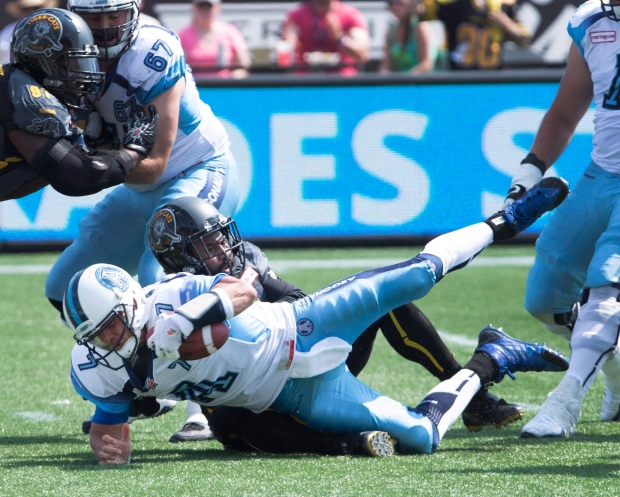 Toronto Argonauts quarterback Trevor Harris (7) is taken down by Hamilton Tiger-Cats defensive end Justin Hickman (5) during the first half of CFL football action in Hamilton on Monday, Sept. 7, 2015. (The Canadian Press/Peter Power)

"Justin is a great addition to our defensive line and locker room," Argos GM Jim Barker said in a statement. "He's a proven player in our League and continues to perform at a high level year after year.

"He is defensively sound with a knack for getting to the quarterback."

Hickman registered 181 tackles, 36 sacks, seven forced fumbles and three fumble recoveries in 79 games with Hamilton. He was a CFL all-star in 2011.