Mobile crisis teams could begin responding to some non-emergency calls in place of police as soon as March: report 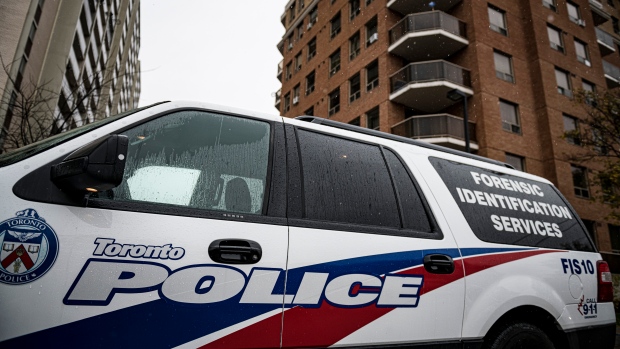 Civilian-led mobile crisis response teams could begin responding to some non-emergency calls in place of police as soon as March as the city gets closer to rolling out four separate pilot programs that were initially proposed in the wake of the death of George Floyd in Minneapolis more than two years ago.

According to a report that will go before Mayor John Tory’s executive committee next week, community organizations have now been chosen to help operate all four pilots with the intention of launching the service in Toronto’s downtown east and northeast by March.

The other two pilots – one in the city’s northwest corner and another taking the form of an Indigenous-led initiative slated in the downtown west – will launch by June.

““The pilots will allow the city to test and to evaluate and to revise this model before we implement it on a larger scale but make no mistake it is our intention to implement it on a larger scale and to have it city-wide by 2025 at the latest,” Mayor John Tory told reporters on Wednesday afternoon. “We know this is something residents want, we know this is something that people in crisis need in the broadest sense and we know there is a need to put sufficient resources behind it and that's exactly what we've done.”

The implementation plan detailed in the staff report calls for a mobile multidisciplinary team of crisis support specialists, including community health nurses and harm reduction workers, to be available to respond to calls in each of the pilot areas 24 hours a day, seven days a week.

The report says that a number of different types of calls to 911 would be transferred to trained dispatchers with the existing 211 call helpline for social services referrals, including those for a person in crisis, a wellbeing check, a threatened suicide, disorderly behaviour and some disputes.

However, in order to be eligible there must be “no public safety concerns” and the caller must consent to the dispatch of a mobile crisis team.

Staff say that in instances where a mobile crisis team is dispatched “follow-up supports and case management” would be offered within 48 hours of the initial contact, including referrals to specialized services and housing support.

It is unclear how many calls the community partners could respond to, however staff say that in 2020 Toronto police responded to a record 33,059 calls for persons in crisis.

“The time for a program like this is right now and we're all working together to implement it in the right way,” Tory said.

Staff say that if approved several local information sessions to familiarize residents with the news service will be held in each of the pilot areas over the coming months.

The cost of operating all four pilots in 2022 is pegged at nearly $11 million with nearly $9 million of that being paid directly to community partners.