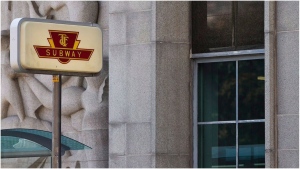 Three employees with the TTC’s Transit Special Constables Unit have been placed on administrative leave as the transit agency taps an external investigator to probe allegations of harassment, favouritism, and improper overtime claims.

The TTC said it launched an investigation into the complaints made through its Integrity Hotline and the Human Rights Department over the past five months.

Following a preliminary internal review and a consultation with the Toronto Police Services’ Professional Standards Unit, the allegations were directed to an external probe.

“The allegations being looked into in this case are serious and will be treated as such. The TTC will allow the process to run its course before next steps are determined,” the agency said in a news release issued Wednesday.

The TTC said Turnpenney Milne LLP, a firm specializing in workplace law, will conduct the review.

“Investigators will look into allegations of discriminatory conduct, unequal treatment, and personal (workplace) harassment by certain individuals as well as claims that some employees received a disproportionate share of overtime and shift extension work,” the TTC said.

“It will include interviews with witnesses and the collection of relevant documents and correspondence in advance of a final report and recommendations.”

The review is expected to be completed in 20 weeks.