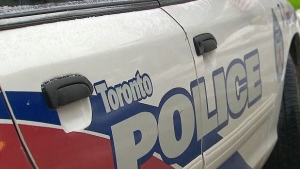 A man is dead after he was pulled unconscious from Lake Ontario at Kew-Balmy beach in the east end on Saturday afternoon.

Reports from the scene indicate a man went into the lake near the Leuty Lifeguard station, due south of Leuty Avenue, and did not come back to shore sometime after 3:20 p.m.

A witness at the scene told CP24 lifeguards entered the water quickly but it appeared undertow pulled the victim away from them.

He was pulled from the water by lifeguards and paramedics performed CPR and administered oxygen for a time before he was rushed to a local hospital via emergency run for treatment.

Police at the scene said the man may have been under the water for as long as five minutes.

He was pronounced dead at hospital, police said. The investigation continues but officers say it is considered not suspicious at this time.