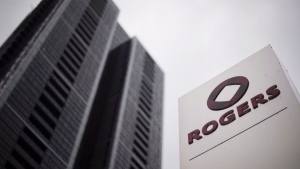 Rogers Communications Inc. said late Monday that services were beginning to return to normal but that it could still be hours before it fully fixed a massive wireless outage it said was caused by a software update from Ericsson.

“It will take several more hours for all customers and regions to return to full service,” media relations director Andrew Garas said in an email.

“We will continue to work around the clock with our network partner Ericsson until that happens.”

Chief technology officer Jorge Fernandes had said in a message on the company's website earlier that the company's TV, home and business wireline internet, and home phone services were not impacted.

“It's a very big deal,” said Tyler Chamberlin, assistant professor at the Telfer School of Management at the University of Ottawa. “It can have very big consequences on our economy.”

In addition to personal communications, experts said the outage impacted business sales and services such as food delivery and curbside pickup, payments that require a wireless connection and the ability for people to work remotely.

The service interruption could also impact health, with some Rogers customers saying they'd been unable to book or check in for medical appointments.

Garas apologized for the disruption and thanked customers for their patience.

According to Downdetector, a website that tracks outages, problems were reported in most major Canadian cities.

Although the service disruption appeared concentrated in southern Ontario, an outage map suggested the service problems spanned the country from British Columbia to Nova Scotia.

Users said they were unable to place or receive cellphone calls or text messages.

Rogers owns a national wireless network that does business under the Rogers, Fido and Chatr brands.

It's one of Canada's big three wireless carriers along with Bell and Telus.

The massive outage could flame concerns about telecommunications consolidation and costs in Canada, Chamberlin said.

“It's infrastructure, it's equipment and it's going to fail here and there,” he said. “But the fact that we're paying more than most of the consumers around the world would suggest that our tolerance for outages like this is probably quite limited.”

According to an investor page on the Rogers website, the telecommunications company provides both postpaid and prepaid wireless services to about 10.9 million consumer and business subscribers in the Canadian wireless market.

Some of those users expressed frustration on social media, noting that they rely on the wireless service as they work from home under ongoing COVID-19 restrictions.

“I thought my call wasn't going through because so many people are trying to get vaccines today,” she said during a Google Meet interview.

“Then I realized I couldn't make any calls,” Collier said. “They're saying it's intermittent, but my phone hasn't worked all day. It's clearly an absolutely massive outage.”

With her home internet still working, Collier said she was able to work as usual. But she worried about how the wireless outage impacted people trying to get a COVID-19 vaccine.

“I'm concerned that on the first day of vaccination appointments basically opening, people who are relying on their phones to make an appointment have been cut off,” she said.

Milton resident Deep Mehta said he hadn't had service for more than 12 hours.

“It's frustrating because I'm trying to operate a business from home and that's the number that everyone has,” he said. “I just had to take my son to the orthodontist and I couldn't check in on my phone.”

Several emergency services organizations explained that while wireless customers could still place 911 calls during a service interruption, they were unable to receive a call back.

“People should still continue calling 911 for emergencies and remain on the line until an operator speaks to them,” Cpl. Caroline Duval, an RCMP spokeswoman, said in an email.

“They should also watch for updates/direction from their local police (including local RCMP where we are the police of jurisdiction) as well as Rogers for updates regarding affected areas.”

The Winnipeg Police Service said on Twitter that Rogers and Fido customers would still be able to call 911 but had to remain on the line to speak with an operator.

Peel Regional Police said on Twitter that if Rogers customers called 911, they should remain on the line as operators were unable to call back.

“We are experiencing several 911 drop calls that require followup,” Waterloo Regional Police also said on Twitter. “Please do not hang up if you call 911. Stay on the line so we can make sure you're okay.”

This report by The Canadian Press was first published April 19, 2021.

Companies in this story: (TSX:RCI.B)