Driver charged after one killed, four hurt in two-vehicle crash near Elora, Ont. 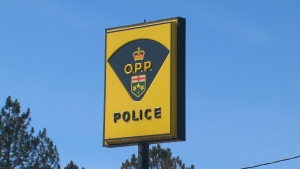 ELORA, Ont. - A 24-year-old man has been charged in a crash near Elora, Ont., that killed a man and injured several others.

Provincial police say the accused, who is from Kitchener, Ont., was driving one of two vehicles that collided on Sunday night.

The crash, involving a coupe and an SUV, happened just before 10:00 p.m. Sunday on Wellington Road 21 near the Eighth Line of Centre Wellington Township.

Police say the 25-year-old man who was killed had been a passenger in the coupe. He died at the scene.

Two other passengers in the coupe suffered serious injuries, while police say the two drivers were treated for minor injuries.