'It’s wonderfully fantastic to be home': Kovrig lands in Toronto after being released from Chinese imprisonment Kovrig landed at Toronto Pearson International Airport on Saturday, shortly before 1 p.m., after flying from China to Canada Friday night.

Kovrig was embraced by his wife, Vina, and his sister after he exited the aircraft.

The ecstatic family was seen giving each other hugs on the tarmac.

Kovrig said he wouldn’t be speaking to the media today but told CP24 that he is feeling fantastic to be home.

“It’s wonderfully fantastic to be back home in Canada. I’m so grateful for everybody who worked so hard to bring both of us back home,” Kovrig said.

Kovrig and his family then entered a vehicle and drove off the tarmac. 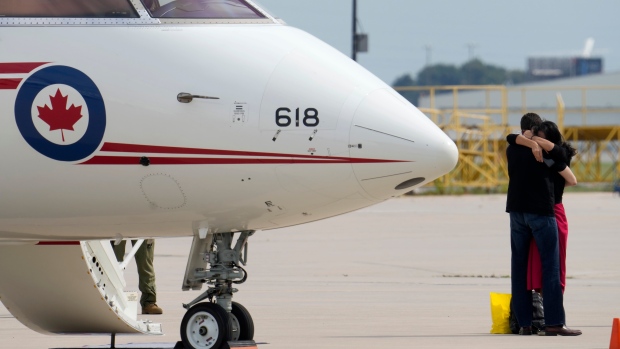 Toronto Mayor John Tory said today is a celebratory day across the country.

"This is a joyous day in the history of our country. It never should have come to this because what led to it is the kind of thing that I guess we just don't accept as being the appropriate way to deal with disputes you might have between countries or between anybody for that matter," he told reporters on Saturday.

The former diplomat touched down in Toronto after first landing on Canadian soil at Calgary International Airport shortly after 8 a.m. today.

Kovrig, along with entrepreneur Michael Spavor who was also detained in China for the same time period, were accompanied by Canada’s ambassador to China, Dominic Barton, on the flight home.

The men, known as “the two Michaels” were detained shortly after Canada arrested Meng Wanzhou, the chief financial officer at Huawei Technologies, on a U.S. extradition request in December 2018.

Once the men arrived in Calgary, they were greeted by Prime Minister Justin Trudeau. 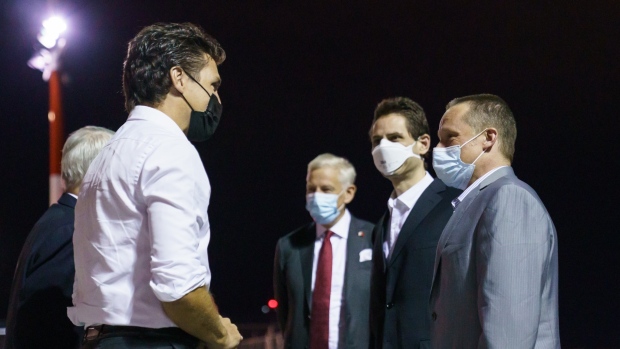 Trudeau was seen hugging and talking with the men on the tarmac.

“Welcome home, Michael Kovrig and Michael Spavor. You’ve shown incredible strength, resilience, and perseverance. Know that Canadians across the country will continue to be here for you, just as they have been,” Trudeau tweeted on Saturday.

Spavor then left the airport to meet his family in Calgary and Kovrig flew home to Toronto. 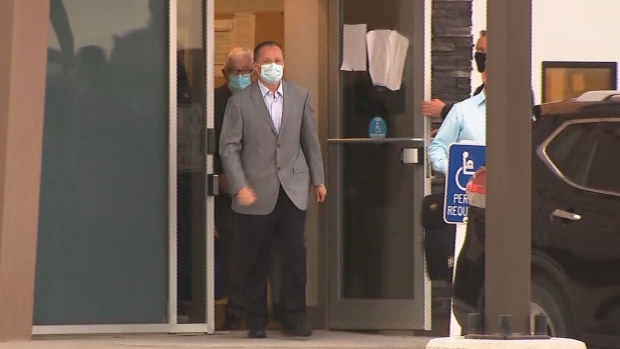 On Friday, a B.C. Supreme Court judge agreed to a discharge order that withdrew the U.S. extradition request against Meng, ending a nearly three-year court battle.

After the ruling, Meng left Vancouver and flew home to China and the two Michaels, at almost the exact same time, boarded a plane back to Canada.

Meng arrived in China Saturday evening local time and spoke to the media.

“I have finally returned to the warm embrace of the motherland,” Meng said. “As an ordinary Chinese citizen going through this difficult time, I always felt the warmth and concern of the party, the nation and the people.”

-With files from The Canadian Press and The Associated Press

Welcome home, Michael Kovrig and Michael Spavor. You’ve shown incredible strength, resilience, and perseverance. Know that Canadians across the country will continue to be here for you, just as they have been. pic.twitter.com/1UoLbBFGNv