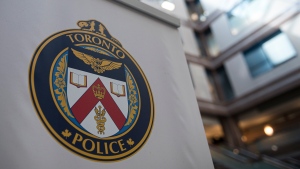 A 33-year-old man has been charged after allegedly hitting a driver with a hammer and then stealing their vehicle in north Etobicoke more than a year ago.

The incident happened on March 2, 2021, in the area of Royalcrest and Martin Grove roads, south of Steeles Avenue West.

Police said a driver stopped in a parking lot for a pre-arranged meeting with a woman.

As she got into the front seat of the vehicle, a man allegedly jumped into the back seat, police said. He then allegedly brandished a hammer and struck the driver.

Police said the driver was able to get out of the vehicle, which allowed the man to drive it away.

On Wednesday, the man brought himself to 23 Division and was arrested.

The male suspect, who has been identified as 33-year-old Andy Hakh, has been charged with robbery with offensive weapon, assault with a weapon and possession of property obtained by crime.

He appeared in court on Thursday.