New modelling warns that Ontario could see 6,500 daily cases of COVID-19 by mid-December 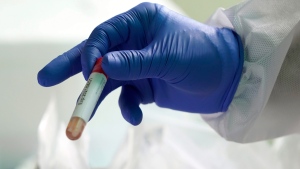 New modelling released by the Ford government on Thursday suggests that the number of COVID-19 patients in intensive care units will exceed the 150 threshold within two weeks, overwhelming some hospitals and forcing them to cancel elective surgeries and procedures.

It is a stunning reversal from modelling released just last month, which stated that the province had largely avoided the “worst case scenario” posed by the second wave of COVID-19 and would only cross the 150 threshold in its ICUs in the most pessimistic of scenarios.

Now, those same officials say that more than 150 COVID-19 patients will be receiving treatment in the ICU within two weeks in all scenarios and in the worst one the number will exceed 400 by Christmas.

The modelling also warns that if cases grow at three per cent going forward, Ontario will see their average daily counts exceed 2,500 by Nov. 25 and top 3,500 by mid-December.

In the more likely scenario of five per cent growth, the modelling says that Ontario will see its daily case counts top 3,500 by Nov. 27 and exceed 6,500 by mid-December.

Over the last 14 days, case counts in Ontario have gone up an average of 3.895 per cent each day but over the last three days it is closer to six per cent.

“If the last few days is a reasonable extrapolation it is fair to say that the five per cent (growth projection) is a currently or maybe even a slightly optimistic scenario,” Adalsteinn (Steini) Brown, the Dean of the Dalla Lana School of Public Health at the University of Toronto and co-chair of Ontario's COVID-19 science table, told reporters on Thursday afternoon. “Using the five per cent rate will actually have more cases (per capita) than France, the UK or Germany and we will be getting close to where the Netherlands is.”

The modelling released in late October had suggested that daily case counts would be between 800 and 1,200 throughout most of November, though those projections were prepared before the Ford government introduced a new tiered framework that allowed shuttered businesses to reopen in some of Ontario’s COVID-19 hot spots.

Speaking with reporters, Brown said that the trajectory that the province is on now is worse than a number of European countries that are already under some form of lockdown.

He said that while the province’s decision to suspend indoor dining in bars and restaurants and shutter some other businesses in COVID-19 hot spots on Oct. 10 “might have actually helped delay or moderate some of the growth we were seeing,” it was not necessarily “sufficient” on its own to reverse the course the virus is now on in Ontario.

The same, he said, is true for the new restrictions imposed by local officials in Toronto and Peel, though he acknowledged that it may have “some impact on the case numbers.”

“Based on what we are seeing in the models if we continue on with the current level of restrictions I would not to expect to see any deviation from the current results, you would continue to see growth. I do not believe there is a way the cases will change without action,” he said.

Hospitalizations up 61 per cent over last three weeks

The modelling released on Thursday revealed that Peel’s positivity rate is now 10.1 per cent, nearly double what it is in Toronto (5.8 per cent) and York Region (5.1 per cent).

It also suggests that positivity rates may be starting to rise in older, more vulnerable age groups. As recently as the first week of October the positivity rate among those 75 years old and up stood at 1.3 per cent but since then it has nearly tripled to 3.4 per cent.

The modelling suggests that there was a 61 per cent increase in the number of people hospitalized with COVID-19 over the last three weeks and and Brown said that we will soon reach the threshold at “which we have to reduce access to care” to preserve capacity.

“Within about six weeks almost all of our scenarios take us well over 200 ICU beds being occupied and in the worst case scenarios we get up close to 450 ICU beds occupied with COVID-19 patients. At this point there will be significant limitations on the health systems ability to react to additional patient needs, there would be significant limitations on the access to care and significant challenges in getting people treated when they have health emergencies,” he said.

The release of the latest modelling on Thursday comes after CTV News Toronto obtained internal cabinet documents, which suggested that the Ford government ultimately approved indicators for moving regions into the stricter red “control” category that were, in some cases, four times higher than what was initially considered.

During an interview with CP24 late Thursday afternoon, Ford admitted to being "shocked" by the latest projections, which he called “very concerning."

He said that while he has so far endeavoured to achieve a “balance” that keeps the interests of businesses and the broader economy in mind when it comes to restrictions, “there is a certain time that they (the numbers) step over the line” and that decisive action will be needed.

“I will be getting briefed tomorrow morning and we will make a decision. But I can assure you I haven’t hesitated to make a tough decision and I promise you I will not hesitate for a second if we have to go further. That is what we will do,” he said.

While Ford would not say whether he will impose new restrictions in the wake of the modelling, he did say that his government “will do whatever it takes” to get cases under control.

Williams also told reporters earlier on Thursday that he has asked members of the health table for their input on what a lockdown might look like.

Earlier this week, Manitoba did order the closure of many non-essential retail businesses amid surging case numbers in that province.

“We are trying to see if with all the measures we have put in place can we avert a lockdown yes or no. We also have to ask our table with all their expertise if and when that should happen and what would be the triggers for that and what would it consist of? Should it be provincewide? Should it be regional? These are all questions that still have to be answered and we have to answer those fairly soon,” Williams said.