Man charged after vehicle with Chihuahua inside stolen in Oshawa 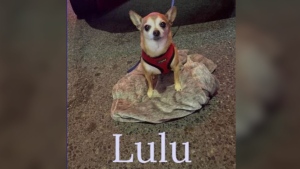 A Chihuahua has been recovered from a stolen vehicle in Oshawa Tuesday morning. (DRPS Handout)

A man is facing charges after allegedly stealing a vehicle with a Chihuahua inside on Tuesday morning in Oshawa, Durham Regional Police say.

At around 3:20 a.m., officers were alerted to a stolen vehicle in the area of Olive Avenue and Wilson Road, which is north of Highway 401 and east of Ritson Road.

Police were able to locate and stop the vehicle a short distance away.

The driver was arrested and a Chihuahua named Lulu was located inside the vehicle, they said

According to investigators, Lulu was inside the vehicle when it was stolen and is in the process of being reunited with the owner.

Burke was released on an undertaking.