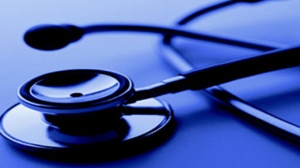 Indigenous surgery patients are nearly a third more likely to die after their procedures than other populations in Canada and face higher risks of complications, new research suggests as doctors warn these inequities could worsen with the COVID-19 crisis.

The Canadian Medical Association Journal published a systemic review on Monday consisting of 28 separate studies. The research involved roughly 1.9 million participants -- about 10 per cent of whom identified as Indigenous -- to assess the surgical outcomes for Indigenous patients in Canada across a range of procedures.

Lead author Dr. Jason McVicar said the findings underscore the need for the First Nations, Inuit and Metis communities to lead a data-informed overhaul of health care, particularly as the pandemic raises concerns that Indigenous patients will fall behind in the mounting backlog of surgeries.

"This study tells Canadians two things: that we need better data, and the data that we have tells us that we need to do better," said McVicar, a Metis anesthesiologist at The Ottawa Hospital.

Researchers found Indigenous Peoples face a 30 per cent higher death rate after surgery compared to non-Indigenous patients, according to data from four studies with a combined 7,135 participants.

The data also showed Indigenous patients were less likely to undergo surgeries aimed at improving quality of life, such as joint replacements, as well as potentially life-saving procedures including cardiac surgery, transplants and caesarean sections.

McVicar said the findings were limited by the scant and poor quality research available, noting that none of the data specifically pertained to Inuit and Metis communities.

He called for a national strategy to measure and address the disparities in surgical outcomes for Indigenous Peoples. But for such an effort to work, McVicar argued it should be led by the First Nations, Inuit and Metis health workers, researchers and organizers who are best equipped to meet the needs of their communities.

"The Canadian health-care system is currently getting the outcomes it is designed to get. It is based on a highly colonial structure," he said. "If we are honest about transformative change in terms of improving outcomes for First Nations, Inuit and Metis people, then we need to address change at every level in the system."

The issue is all the more urgent in light of the COVID-19 pandemic's disproportionate impact on Indigenous communities, said McVicar, adding such inequities could ripple through the medical system for years to come if Indigenous patients aren't prioritized for treatment amid a growing backlog of postponed surgeries. In Ontario alone, that number stretches into the hundreds of thousands.

"When we go back to address that backlog, we know that those with the political agency to strongly advocate for themselves will inevitably get to the front of the line," McVicar said. "This again will disproportionately impact First Nations, Inuit and Metis communities."

The research comes amid a national reckoning over anti-Indigenous racism in the health-care system after Joyce Echaquan, a 37-year-old Atikamekw woman, died last September in a Joliette, Que., hospital after filming staff making derogatory comments about her.

Dr. Alika Lafontaine, an Indigenous health advocate and incoming president of the Canadian Medical Association, said Monday's research represents the tip of the iceberg in unpacking the layers of discrimination against Indigenous patients.

"The pandemic has revealed a lot of things that those of us who treat high proportions of Indigenous patients in our practices, or are Indigenous ourselves, have appreciated for years," said Lafontaine, an anesthesiologist in Grande Prairie, Alta.

"It's a big problem that we haven't spent a lot of time studying, and even less time trying to solve."

As the COVID-19 crisis has laid bare the life-threatening consequences of medical racism, Lafontaine said it has also provided an opportunity to implement the sweeping changes needed to ensure all Canadians have access to first-class health care.

"This research becomes so much more important, because it identifies the people and the populations that we haven't designed the system around, so we can build a better system after," he said. "That's the real promise, I think, of a post-pandemic health-care system