An Ontario Provincial Police (OPP) officer is in hospital with non-life threatening injuries and four suspects are in custody following a bank robbery in Cambridge which led to a police pursuit in Mississauga.

Shortly after 3 p.m. on Wednesday afternoon, Waterloo police responded to reports of a robbery at a Scotiabank at 544 Hespeler Road, near Highway 401, in Cambridge.

The suspects left the bank with an unknown amount of money and fled the area in a vehicle, police said.

No injuries were reported, investigators said. 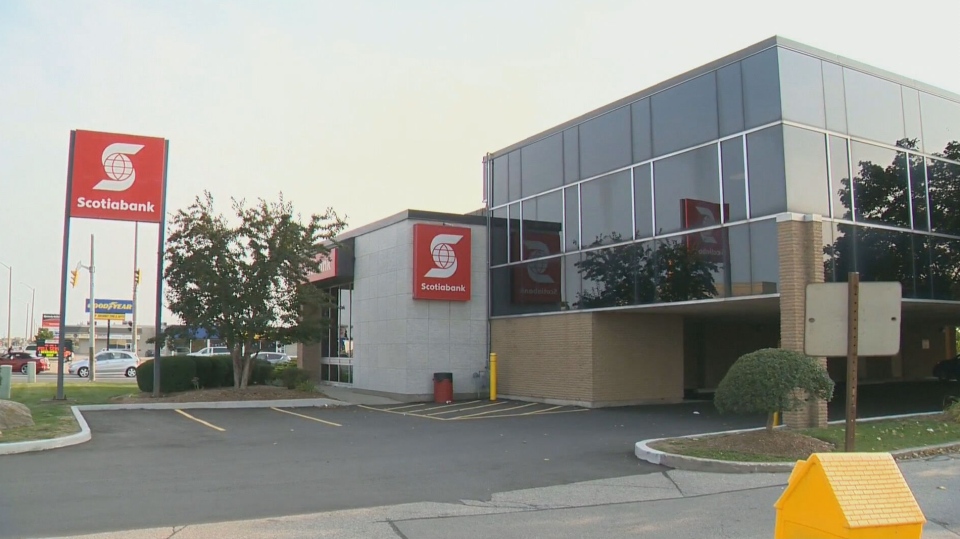 Waterloo police then notified OPP of the suspect vehicle heading towards Hwy. 401.

A minor collision then occurred between the suspect vehicle and an OPP police cruiser, police said.

Peel paramedics said an OPP officer was taken to a local hospital with non-life threatening injuries.

Police said the suspect vehicle then continued east on Hwy. 401 to Mississauga.

The suspect vehicle was eventually found abandoned in the parking lot of Saint Joseph’s Secondary School, near Bristol and Creditview roads, after it crashed into a tree. 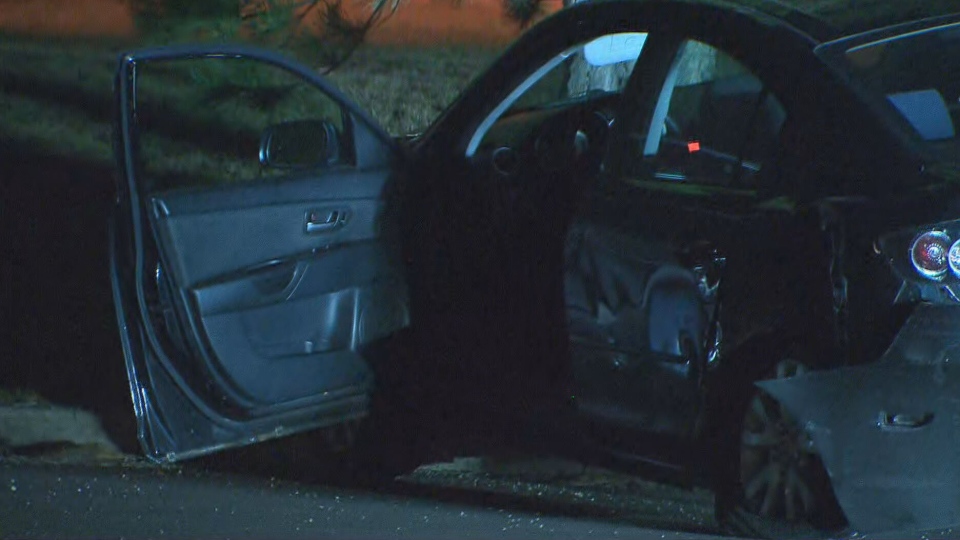 OPP and Peel police officers worked together to contain and arrest the suspects.

A total of four suspects have been arrested and taken into custody, Peel police said.

Police have not said where the suspects were located.

Reports from the scene told CP24 that all of the suspects are teenage boys.

No other suspects are outstanding, police said.

Peel police are working in conjunction with the OPP and Waterloo police to investigate. 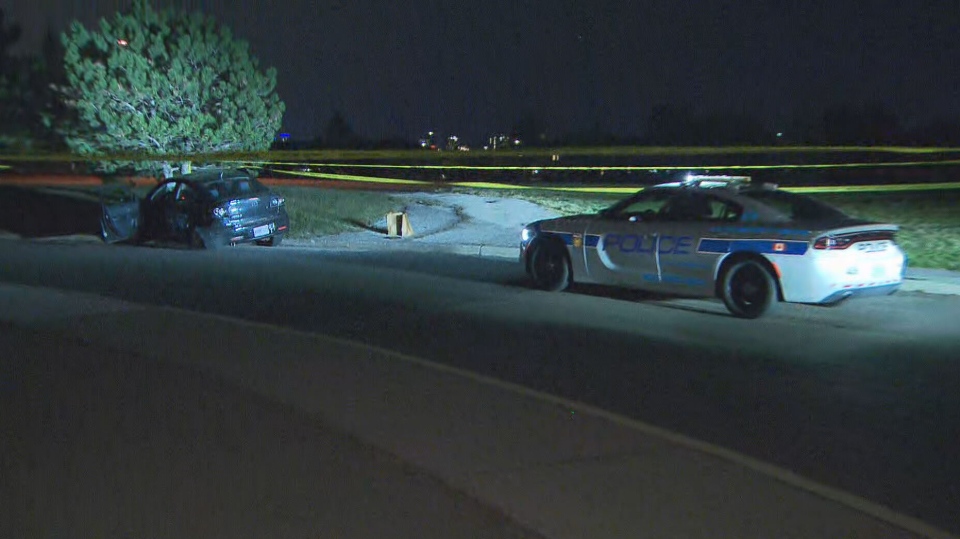